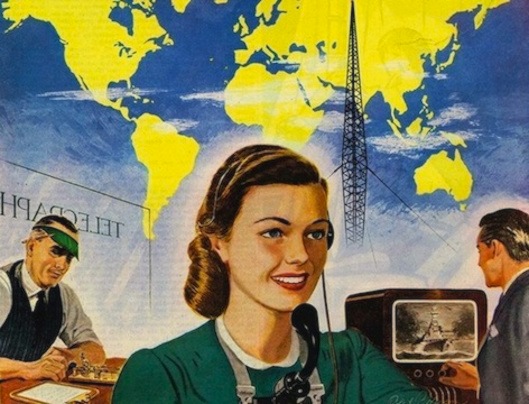 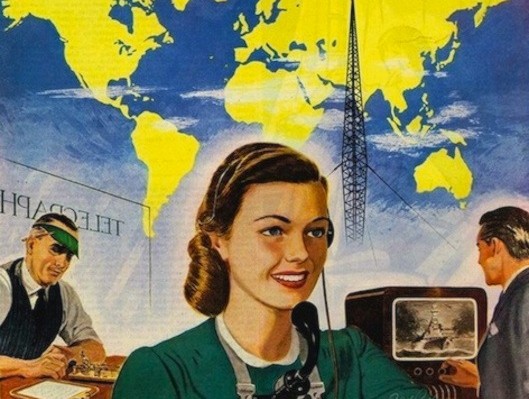 ‘Mummy, what was it like before the internet?’ Tony Barrell looks back to the Pre-Online Era

There are millions of young people walking around today who never knew the world before the internet. Web-surfing is something they take for granted, like running water or central heating. If you sit teenagers down and tell them that when you were young, there were no search engines and you had to look things up in books, it is just as dumbfounding as when 20th-century grandmothers reminisced about washing in a tin bath by a coal fire, accompanied by Jack Payne and His BBC Dance Orchestra on the wireless.

And yet the internet hasn’t been with us for very long. Yes, the full history of the net is complicated and goes back decades, but its everyday use by ordinary people is a relatively recent phenomenon. The human race survived quite happily for millennia without it. Indeed, for most of the 1990s, I worked on a British newspaper without any internet access at all. As late as 1998, Google was run by a couple of people in a garage, Facebook was barely a twinkle in 14-year-old Mark Zuckerberg’s eye, and “social media” basically consisted of a few dozen beermat collectors and perverts typing about themselves in chatrooms.

In my journalistic career up to that point, researching articles was a matter of talking to a lot of people (in person and over the telephone) and spending hours in libraries, poring over books and sheaves of paper. The national media group that employed me had its own library, staffed by people who spent hours snipping pieces out of newspapers, labelling them neatly and filing them. When you came to write a big profile of, say, Jane Fonda, you’d telephone the library and ask for the “cuts” on Fonda, and a member of staff would presently appear at your desk with a number of folders stuffed with yellowing scraps of paper. You’d sift through the treasures and glean just enough background information for your piece. With any luck, you’d then conduct interviews with Fonda and various other people to finish your research.

If you forgot to return your cuts folder, other journalists working on stories concerning Jane Fonda could find their research held up for hours, or even a day or more. A library staffer would eventually burst into the office, huffing and puffing, and try to regather all the cuttings you’d left spread over your desk and onto the floor before you’d flown off at short notice to interview Jane Fonda.

Just before the turn of the century, the newspaper I worked on introduced its staff to the miracle of email. This was such a novelty – hey, you can message people around the world without using any paper or stamps! – that in the early days, some of my workmates insisted on printing each email out as they received it, as if it were a rare document to be preserved for posterity. It wasn’t long before we were sending emails to colleagues who were sitting a few feet away in the same office, instead of speaking to them.

In the early online years, the internet wasn’t that great a research tool, because there wasn’t enough useful content on it. Many newspapers didn’t yet have their own websites, and Wikipedia didn’t get going until 2001. There seemed to be an awful lot of “family sites”, on which parents prattled proudly and boringly about their wonderful children. And for the more sinister content creators, knowledge and education were certainly not the priority. Very quickly, the web started filling up with filth – obscene images, and extreme racist and homophobic nonsense. Today, huge tracts of this world-changing “information superhighway” are “NSFW”. Back in the early Noughties, there was a young male intern seated behind a desk in a corner of the office, who always looked eager and industrious – until the day he was ejected from the building, when it was discovered that he had been spending much of his time drooling at online porn.

The internet has now transformed many aspects of life in unexpected ways. Without it, you wouldn’t be reading this blog, of course. However, people on trains used to read many more books, newspapers and magazines than they do now; thousands of these travellers now spend much of their journeys staring morosely at their smartphone screens. And when you’re thinking of taking a holiday, it’s a challenge to find an actual, physical travel agency: you can walk for miles in your local area without finding one, all the while dodging white vans bringing goodies to the internet shoppers who aren’t in, and who have to rely on kindly neighbours to look after the big brown boxes until they get home.

The internet has also wrecked pub quizzes. These used to be fun, but I stopped going to them when it apparently became normal behaviour for many participants to whip out their phones and search for the answers to the questions, instead of using the brains they were born with.

Companies had their own telephone switchboards, staffed by ranks of smartly coiffed women who spent most of the day happily rabbiting away

What the hell did we do before the advent of search engines, such as my favourite, DuckDuckGo? Well, we relied on our memories, we looked things up in reference books, we asked members of our families, or we telephoned knowledgable people. These were the days when companies had their own telephone switchboards – banks of machinery with tangly leads that looked like the aftermath of a food fight in a spaghetti restaurant, which were usually staffed by ranks of smartly coiffed women who spent most of the day happily rabbiting away, saying things like “Just connecting you now” and plugging Members of Parliament straight into company directors and vice versa.

Switchboard operators were pillars of society, revered for keeping the communications channels buzzing, even in tough times. “There has never been a time when the work of the telephone operator has been so important as right now,” asserted a printed advertisement for America’s Bell Telephone System in 1944. “For there are more Long Distance calls than ever before. More are in a hurry, particularly the urgent calls of war. Calm in emergencies, capable and courteous, the telephone operators are earning a nation’s thanks for a job well done.”

Switchboard operators were also the search engines of their day. Late one evening in the early 1980s, my sister Jane was talking with a friend, and the subject of a recently released horror film came up. They could describe some of the scenes in the movie, but, though they wracked their brains, neither of them could recall the film’s title. What to do? All the public libraries were shut, and they didn’t have the telephone numbers of any movie experts who might have been able to help them, such as Barry Norman or Leslie Halliwell.

My resourceful sister decided to dial the operator; the woman she spoke to couldn’t recall the title either, but she helpfully suggested that she ask “the other girls”, her fellow operators. A little later, she called back: the film, she announced with great authority, was called Friday the 13th. Unknowingly, she and her co-workers had provided an early, exclusive film-information service years before IMDb.

Sometimes I worry that we have become so dependent on the internet for our information, entertainment and general wellbeing that some of the nicer and cleverer parts of us are atrophying, and wouldn’t disatrophy (©Tony Barrell) if the net were ever suddenly taken away from us. And there are moments when, struggling to find a specific piece of information on the World Wide Web, I long to speak to a cheerful and helpful switchboard operator who could ask “the other girls” and get straight back to me with the answer. ♦

Comments for: WIDE-EYED AND WEBLESS