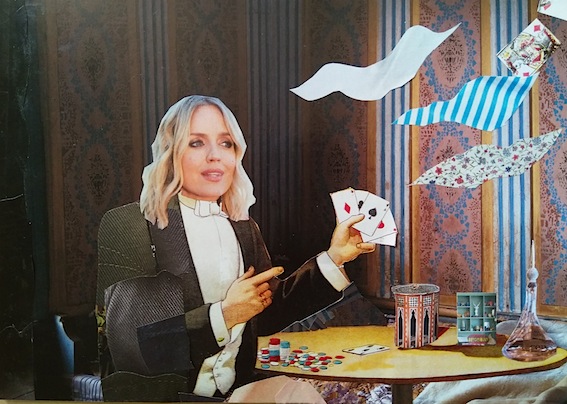 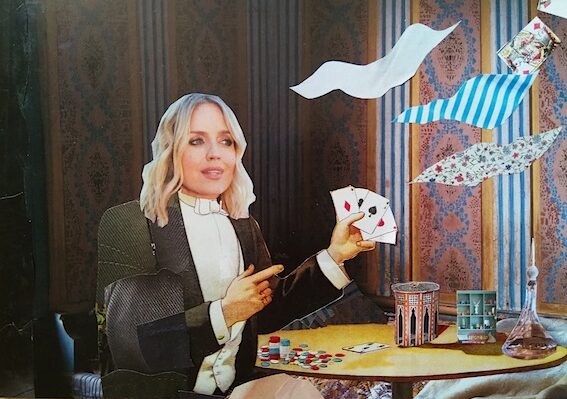 What do you think of ‘hanky-panky’? Be careful, because this amusing expression used to have a different meaning – and Elvis may be to blame. Tony Barrell investigates

“Hanky-panky” is an expression that instantly generates merriment and laughter. Not only does it have a comical sound, but we know what it alludes to. Or do we? Not that long ago, this phrase had a very different meaning from the one it enjoys today. In the 19th century and the first half of the 20th century, the people who specialised in hanky-panky were conjurors, tricksters and swindlers – because it was a term for deception, especially sleight of hand. It seems to have emerged as a jocular variant of “hocus pocus”, and was respectable enough to be used as the title of a Victorian manual of magic tricks. I think it’s very likely that the “hanky” part of the expression derives from the fact that many magicians have been known to perform a variety of tricks using handkerchiefs (see picture below).

If a card sharp beat you at poker using a pack of marked cards, that was hanky-panky 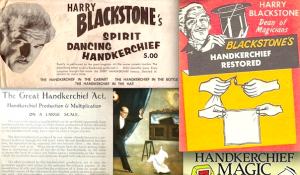 In 1905 the Liberal statesman Lord Rosebery made a speech in which he accused the UK government – a coalition of Conservatives and Liberal Unionists – of deceiving the voting public to gain a majority in Parliament. “You know,” he said, “I am almost afraid that this government will go down to posterity as a hanky-panky government.” Not everyone listening to Rosebery’s oratory was familiar with the term, and specialist dictionaries were consulted which claimed that it comes from a Romany phrase, “hickory-pokee”, meaning a dishonest substitution of some kind. (“Hickory-pokee” is probably another variant of “hocus pocus”.)

When “hanky-panky” became a popular term for subterfuge and jiggery-pokery, it happily joined a whole family of other colourful rhyming idioms in the English language, such as “hotchpotch”, “higgledy-piggledy”, “helter skelter” and “harum-scarum”. And as the 20th century progressed, “hanky-panky” succeeded in retaining its original sex-free meaning for a good while.

When people heard the expression for the first time, they might have made a subconscious link with spanking

But something strange appears to have happened in the Swinging Sixties. While many people continued to use these words to convey their original meaning, others began using them in a sexual context. The earliest example I have found occurs in the Elvis Presley film Blue Hawaii, released in 1961. Halfway into the movie, Mr Chapman, owner of Hawaiian Island Tours, is talking about one of his guides, Chad Gates (played by Elvis) with Chad’s French-Hawaiian girlfriend Maile Duval. Maile mentions that Chad is showing a schoolteacher and a group of girls round Hawaii, and Mr Chapman is suddenly troubled by the idea. “I don’t want any of my guides carrying on with girls,” he complains. “There’s no hanky-panky on this job.”

Maile calms him down by saying that Chad is “just showing them the local colour”. Chapman then says that the schoolteacher is “quite taken with” Chad and has “even extended her tour”, and Maile responds to this evidence of rivalry for Chad’s affections with the line: “Now that’s hanky-panky, from where I stand.” While Maile’s use of the expression is more nuanced than Chapman’s, we’re left in no doubt of the intended meaning. This was a very popular film, and many thousands of viewers – from 1961 until the present day – would have noticed and logged the use of those catchy rhyming words.

I think it’s likely that “hanky-panky” is a victim of the way it sounds. When people heard it for the first time, they might have made a subconscious link with “spanking”. This could even have happened to Hal Kanter, who wrote the screenplay for Blue Hawaii – and it’s interesting that the film does have a scene in which Elvis spanks a young woman.

Once that meaning became established, it wasn’t going to be disestablished. Nevertheless, the expression led a double life through the 1960s and early 1970s, with many users clinging to the older, more innocent meaning. Airfix made sets of magic tricks for children called Hanky Panky, and the phrase was used in wholesome Disney films such as Mary Poppins (1964) and Bedknobs and Broomsticks (1971). It was also the name of an educational word-rhyming game that was considered suitable for American kids to play in the classroom.

In 1966, Tommy James and the Shondells took a repetitive song called ‘Hanky Panky’ to the top of the US charts. The song’s lyrics tell us very little, other than the fact that the singer’s “baby does the hanky panky”, suggesting a dance of some kind, and the record was evidently considered decent enough to receive considerable airplay across conservative America. The group’s album of the same name (below) carried no outward impression that these were subversive musicians corrupting the minds of decent young people.

In the same year, there was a crossover usage of “hanky-panky” on television, with the words embodying both their original meaning and the sexual variation. In Batman, the upright Commissioner Gordon of Gotham City police is the object of an attempted seduction by the gem thief Marsha, Queen of Diamonds. “Here, sit down next to me and relax,” coaxes Marsha as she reclines in her lair, but Gordon is having none of it. “Your hanky-panky won’t work with me, young lady,” he says.

Several years later, as the nudge-nudge 1970s got properly under way, “hanky-panky” increasingly meant one thing and only one thing: nookie, slap and tickle, or how’s-your-father. Over the years it has retained its allusion to spanking, as Madonna proved when she recorded a song called ‘Hanky Panky’ at the cusp of the 1980s and ’90s (“Some girls, they like candy, and others, they like to grind; I’ll settle for the back of your hand somewhere on my behind”). Listeners expecting a remake of the old Tommy James and the Shondells number sat bolt-upright and spat their coffee across the room.

“Hanky-panky” has since faced stiff competition from other chucklesome sexual euphemisms, such as the more graphic-sounding “rumpy-pumpy”, but it still carries comic power. Try using it casually in conversation and you’ll see what I mean. But next time someone actually offers you some hanky-panky, make sure first that they’re not using the old definition and trying to have one over on you – if you get my drift.♦

Tony Barrell is a writer, pop historian and etymologist who has investigated other popular phrases, such as “hunky dory“, “toy boy“, “holiday-maker” and “Planet Zog” and “Without further ado”. His new book, Rock’n’Roll London, is out now. Read about it here.