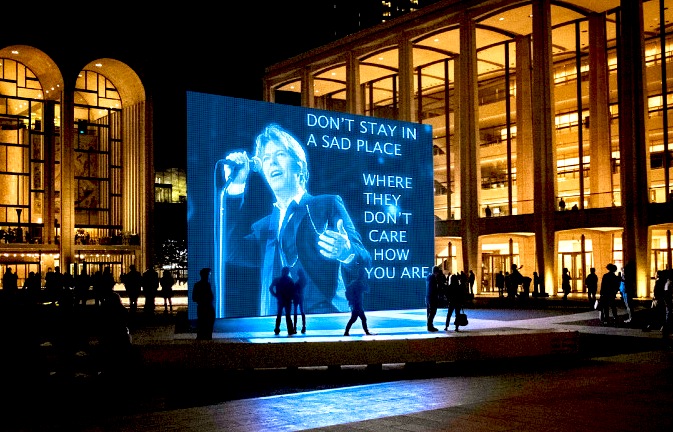 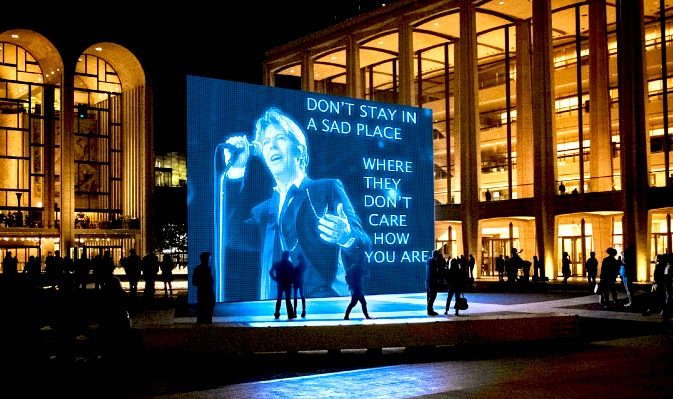 Tony Barrell celebrates one of David Bowie’s finest songs of the 21st century, ‘Everyone Says Hi’

I used to have a central-heating boiler whose firing-up noise was just like the fade-in intro to ‘Everyone Says Hi’. When I heard my rickety old Potterton Suprima come to life in the morning, the first lines would pop into my brain: “Said you took a big trip, They said you moved away…” But it was definitely not the only thing that endeared this David Bowie song to me.

He recorded it for his Heathen album, released in June 2002. It’s a good album, better than some of his other late-period collections. It was a reflex for critics who pined for another Ziggy Stardust or ‘Heroes’ to herald the arrival of a 21st-century Bowie LP with an announcement that he’d delivered the goods again, that this was a real comeback, a return to form, his best work for decades; but when they said it about Heathen they had a point. His voice was in top shape and there were some haunting melodies and intriguing lyrics here, expecially on ‘Slip Away’ and ‘Slow Burn’.

After nine tracks went by on my first listen, I heard ‘Everyone Says Hi’ and was transported. The melody, the informality of the lyrics and the whole sentiment were just so refreshing. I remember checking the liner notes, suspecting that this was a remnant from the glory years. Other fans had a similar experience: the comedian and writer David Baddiel tweeted that ‘ESH’ was good enough to be on Hunky Dory, 18 studio albums before.

Listen to the lyrics and you might think the narrator is communicating with a friend or relative who has moved away, left the homeland for a strange and distant place. He sends the traveller love from himself and from other familiar people – “the girl next door”, “the guy upstairs”, “your mum and dad”. When Bowie played it in concert, fans would enthusiastically sing along to the line about “your big fat dog”, which also sends its regards in the song. I can confirm that ‘ESH’ does work well as emotional balm for people missing loved ones, because somebody I know well, who was upset at the extended absence of a close relative, was moved to tears when I played it.

Bowie began having melancholic thoughts about people he’d known who had died, including his father, Haywood Stenton Jones

But the writer of the lyric had more profound intentions. Before performing ‘ESH’ live in a BBC studio in June 2002, Bowie recalled that he had worked on the Heathen album “on the top of a mountain” – at Allaire Studio in the leafy and atmospheric Catskills in New York state – and that in that isolated place he began having melancholic thoughts about people he’d known who had died, including his father. Haywood Stenton Jones had lived long enough to see his son David release the single ‘Space Oddity’ in the moon-landing summer of 1969, but had succumbed to pneumonia at the age of 56 in August, when 22-year-old Bowie was in the process of recording his first, self-titled album at London’s Trident Studios.

The singer explained at that BBC performance that the song was “not specifically about my father”, but also about “many friends” who had departed this world. He said that at these sad times he had found it hard to banish the idea that “they had gone away on some kind of extended holiday”. His mind had played “an infantile kind of trick” and told him they would return at some point. He remarked that ‘ESH’ had been released as a single by “pure coincidence” on the 25th anniversary of the passing of Marc Bolan, who had been Bowie’s friend in the 1960s London mod scene before they both discovered glam rock. While writing the song, Bowie might also have been thinking about his schizophrenic half-brother Terry, who had committed suicide in 1985. Another key bereavement was the death in 1993 of his great collaborator Mick Ronson, who had not only brought his searing rock guitar to Bowie’s sound but had created fabulous orchestral arrangements for songs such as ‘Life on Mars’. And in 2001, in the middle of recording Heathen, Bowie lost his octogenarian mother, Peggy.

Most of the song’s words are monosyllabic, and the most moving lines are whole strings of monosyllables

Once you know that this is an elegiac song for the departed, it becomes considerably more affecting. And it’s fascinating how Bowie used very simple lyrics to generate its emotional power. Most of the words are monosyllabic, and the only word with more than two syllables is the “everyone” of the title. The most moving lines are whole strings of monosyllables – most notably “Don’t stay in a sad place/Where they don’t care how you are” (it becomes a “bad place” when the line is repeated later). What a profound and thought-provoking idea that is: that the deceased can choose the type of Heaven they reside in, and take advice about it from the living.

Reviewers have compared the song to ‘Kooks’ on Hunky Dory, without fully explaining why. I can see the resemblances. Like ‘ESH’, that ditty – written for David and Angie’s little boy, Zowie – is in the second person, and has that line reassuring their son that “if the homework brings you down”, they will “throw it on the fire and take the car down town” (more monosyllables). A similar sentiment is expressed in the middle of ‘ESH’, when the narrator says: “If the money is lousy/You can always come home”. Both songs celebrate the power of familial love to triumph over hardship – although in ‘ESH’ we know to our sorrow that the idea of the beloved returning to the family hearth is but a desperate fantasy.

Now, of course, David Bowie has taken that big trip and sailed that big ship himself, and the song only becomes more moving as the years pass. But David, you know you shouldn’t stay in a sad place where they don’t care how you are. You can always come home. Why not? Music is in a bad place right now, and we need you more than ever. ♦

Listen to ‘Everyone Says Hi’ here.
And that live BBC version is here.

Comments for: LOVE AFTER DEATH