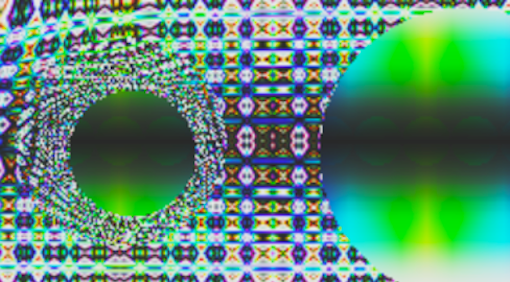 Where on earth does the phrase ‘Planet Zog’ come from? Tony Barrell investigates

I’ve heard a lot of people talk about Planet Zog recently. One instance was the other evening, when I saw a pundit on a TV news programme suggest that some other pundit was “living on Planet Zog” – meaning that he was inhabiting a land of complete fantasy. In everyday conversation, Planet Zog seems to have largely replaced that lovely place “Cloud Cuckoo Land”.

We know where Cloud Cuckoo Land comes from, though it is more ancient than a lot of people think. It’s an English translation of Nephelokokkygia and comes from a play by the Greek writer Aristophanes. But I started wondering about who might have coined the phrase “Planet Zog”, which seems to be a much more modern usage.

So I started doing some research. “Zog”, on its own, has an interesting history. Albania once had a ruler called King Zog. There was an underwater character called Zog in a 1911 story entitled The Sea Fairies, by Frank L Baum, the writer who gave us The Wizard of Oz. You could buy a multi-purpose cleaning product called Zog in the early 20th century. And far-right nutjobs still peddle an old conspiracy theory about a Zionist Occupied Government, which is abbreviated to ZOG.

In Britain in the late 1990s and early 2000s, Planet Zog received several name-checks in parliament

The phrase “Planet Zog” seems to have gone into orbit in the mid-1980s. In the widely syndicated American comic strip Calvin and Hobbes by Bill Watterson, six-year-old Calvin has fantasies about travelling to the planet in the guise of Spaceman Spiff. “No Earthling has ever before seen the cratered, scarred surface of distant Planet Zog!” declares Spiff in a 1986 cartoon as he approaches it in his modestly sized spaceship. The following year, a certain pair of puppets made their debut on Irish TV – Zig and Zag, two furry alien twins from the Planet Zog. The puppets became much more famous in the UK in 1992, when they joined the team of The Big Breakfast, the Channel 4 morning show. And there is evidence that British comedians started using the phrase “Planet Zog” quite a lot from this date.

Once comedians have started spreading something, politicians are often only a little way behind. In Britain in the late 1990s and early 2000s, Planet Zog received several name-checks in parliament. An early political user was Labour’s Peter Mandelson, who bitchily dismissed some Conservative opponent in 1998 as “someone who inhabits Planet Zog and remains blissfully unaware of the conditions and challenges facing business in the real world”.

When it’s written down, Zog is sometimes spelt as Zogg, with two Gs. This is the spelling favoured by a British organisation called Planet Zogg, which has been hosting parties “with full-on cosmic visuals in a friendly, fun environment” since September 2000.

So, was it Bill Watterson, or perhaps the creators of Zig and Zag (Mick O’Hara and Ciaran Morrison), who coined the phrase? My research suggests otherwise. In 1984 a children’s sci-fi novel called Hyperspace, by Edward Packard, was published. The book belongs to the Choose Your Own Adventure series, whereby the reader becomes the hero and makes choices about the development of the story as they read, turning to different pages according to their choices. On page 109 is one of many possible endings of the story, and sees the reader in the consulting room of a psychiatrist and hypnotist, who is swinging a chain in front of the hero to put him (or her) into a hypnotic trance.

Slowly you begin to remember. It’s coming back to you. You were born on the planet Zog, and pulling the red lever must have caused you to switch identities with a creature that’s rare even on Zog. This creature begins life in the form of a human being. At the age of sixteen it spins a cocoon around itself. About three months later it emerges as the furry-haired gurumba, a Zogian animal that looks very much like an Abyssinian cat. The End

I would blow a mighty fanfare here and now, and crown Edward Packard the originator of Planet Zog, if I hadn’t found a short review in an old magazine, published in 1983, of a $16.95 computer game entitled Abductor. These were the days when computer games came on cassette tapes, and Abductor worked on a clunky old American home computer known as the Commodore. Anyway, here’s the review:

Planet Zog has been colonized by human beings. Aliens have begun to kidnap and murder the settlers. Your job is to defend the colony.

So it looks like the first mention of Planet Zog comes from a 1983 computer game. Well, the first mention in English, at any rate. I say this because my research has turned up instances in which the word Planet and the word Zog have been put together… in German sentences.

“The planet” in German is Der Planet, and the word zog is a past tense of ziehen, the verb “to pull”, and I have found these two words together in a couple of very old German publications. One, dating from 1908, is a history of the steam engine. In one key section, the author seems to be discussing a locomotive named the Planet, and the extraordinary things it could do:

By the way, that sentence contains one of my favourite German words, Geschwindigkeit, which ironically takes quite a long time to say but means “speed”.

But hey, 1908! You could argue that Planet Zog is more than a century old. Next time you use this phrase to accuse someone of losing touch with reality, you’ll be metaphorically consigning them to a planet with a long and illustrious history. It’s probably a delightful place to live. ♦

Thanks are due to Vilde Eide for alerting me to the Calvin and Hobbes connection.

Tony Barrell is a writer, pop historian and etymologist who has investigated other popular phrases, such as “hunky dory“, “toy boy“, “holiday-maker“, “hanky-panky“, “over the moon” and “without further ado”. Tony’s latest book is Beatlemania.