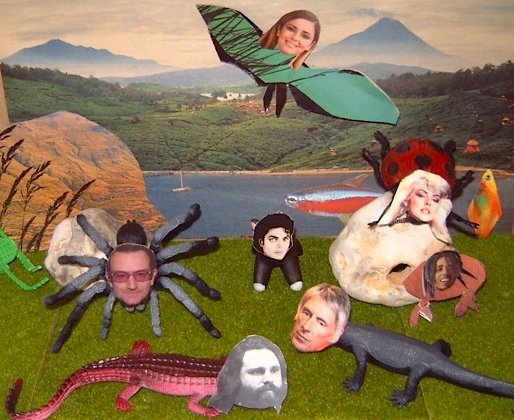 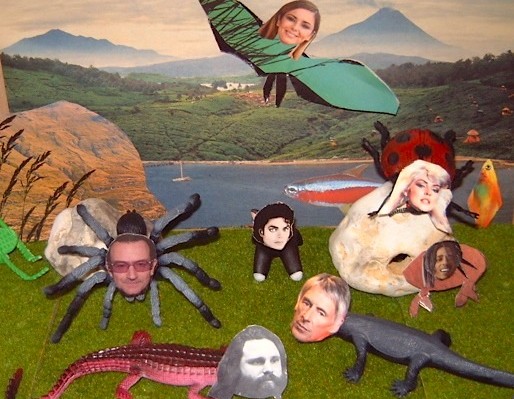 Is your favourite pop star an insect, a lizard or a spider? Beyoncé, Bob Marley and Johnny Cash have given their names to an odd bunch of creatures, discovers Tony Barrell

When Jim Morrison of the Doors declared “I am the lizard king,” critics blamed narcotics and a vivid imagination. But now it seems he was a prophet: 42 years after his death, Morrison has actually become a lizard. Well, to be more precise, a scientist has given the rock star’s name to a newly discovered species of lizard. Barabaturex morrisoni is extinct now, but 40m years ago it used to slither around in the country we know today as Myanmar. It was a seriously big lizard too, about the size of a family dog. “This is a king lizard, and he was the lizard king, so it just fit,” said Jason Head, the American palaeontologist and Doors fan who named the reptile.

Morrison is just one of many rockers who have had creatures named after them. Earlier in 2013, Bono gave his name to an American trapdoor spider, which was appropriate for two reasons: the U2 singer co-wrote the music for the musical Spider-Man: Turn off the Dark, and the spider lives in the Joshua Tree National Park in California, recalling the title of U2’s 1987 album. David Bowie – who sang about the Spiders from Mars and once staged a Glass Spider tour – has already had a spider named after him, Heteropoda davidbowie, as has Lou Reed – Loureedia, a velvet spider that lives underground. Geddit?

In 2016, a newly discovered species of tarantula was named after Johnny Cash, becoming Aphonopelma johnnycashi. Not only is this spider black – the late singer’s favoured sartorial colour – but it was found near Folsom State Prison in California, where the Man in Black famously performed.

Unlike the fusty old boffins of yesteryear, modern scientists are now much more likely to give hip musical names to their discoveries in the animal kingdom. In 2011, a young entomologist called Bryan Lessard found an unnamed species of horse fly in the Australian National Insect Collection in Canberra. Lessard, 26, happened to be listening to a Beyoncé album at the time, and hatched a plan as he studied the insect under the microscope. “This horse fly has a bright golden abdomen, and I thought it was pretty bootylicious,” he says. So he named it Scaptia beyonceae. “Beyoncé has worn a lot of gold outfits, so it seemed perfect. I wanted to show that not all entomologists are old and stuffy and live under a microscope – that we do have a sense of humour. And I thought it would be a great way to show the fun side of taxonomy, and get younger people interested in the science.” But surely Beyoncé isn’t that fond of horse flies? “Well, most people think horse flies are just nasty little biters, but in fact they’re really good pollinators, so they’re very important for a lot of plant life.”

Bob Marley fans were initially outraged last year when the reggae legend’s name was given to a small parasitic crustacean in the Caribbean. But Paul Sikkel, the 51-year-old American marine biologist who discovered and named Gnathia marleyi, sincerely intended it as a tribute. “I’m a Bob Marley fan, and this seemed appropriate because the species was found in the Caribbean,” says Sikkel. “But some people thought I was calling Marley a parasite, so I went on Jamaican radio and explained that when you name a new species after somebody, it’s considered an honour. Somebody called in to the radio show and asked, ‘Why didn’t you name a lion after Bob Marley instead?’ Well, first of all, you’ve got to discover a new species of lion, which is extremely unlikely. And parasites are actually more benign: lions disembowel and kill their prey, but parasites take tissue from their hosts without killing them. They’re really cool organisms.”

Sikkel enjoys the idea of connecting science with music. “Had I named the species after somebody more obscure, like a scientist, very few people would know about it. But music connects with people, and it has a way of spreading information and ideas. Santana played a concert recently, and Carlos Santana told the audience he’d heard about this new species named after Bob Marley, and joked that someone should name one after him too.”

Sometimes the connections between the stars and the creatures are less obvious. Lady Gaga fans are still wondering why the singer has had a wasp, Aleiodes gaga, named after her. No beetles have yet been named after the Beatles, but they have given their names to trilobites – extinct marine invertebrates. And an extinct Spanish hermit crab has been named after Michael Jackson – not because of the star’s hermetic tendencies, but because the fossilised Mesoparapylocheles michaeljacksoni was discovered on June 25, 2009, the day Jacko passed away. It probably did a pretty mean moonwalk, too. ♦