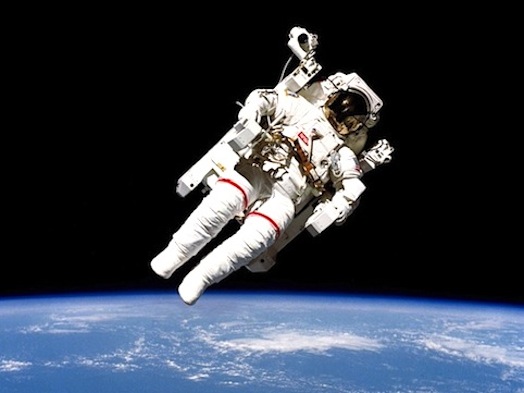 People aren’t just happy any more — they’re over the moon. How did that start? Tony Barrell investigates

Many people these days, when they feel a surge of happiness or satisfaction, say they’re “over the moon”. They’re so ecstatic, they’ve left the planet and they’re hovering blissfully over that glowing orb in the night-time sky. The expression has a timeless feel about it, as if it has always been with us and yet doesn’t sound terribly old-fashioned. Elderly and middle-aged people use it, and young people use it without a shudder of embarrassment as well.

“Over the moon” is actually centuries-old. Early recorded versions are slightly more specific than the modern idiom, with people imagining that they are “leaping” or “jumping” over the moon. A 1696 play by John Vanbrugh, a Restoration comedy entitled The Relapse, or Virtue in Danger, has a character called Miss Hoyden who, when things begin to go her way, declares: “O Lord, I could leap over the moon.” A 1718 play by the Irish writer Charles Molloy, The Coquet, or The English Chevalier, has a character exclaiming: “I shall jump over the Moon for joy!” And in the farce Tom Thumb by Henry Fielding, from 1730, Lord Grizzle sings: “Hey ting, My heart’s on the wing, I now could leap over the moon…”

The moon has been linked to human emotions by poets, astrologers and Tarot-card readers 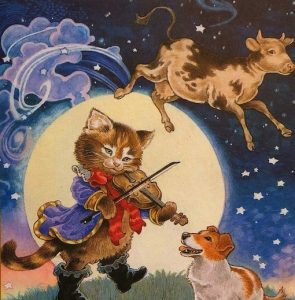 Such descriptions of lunar transcendence are likely to be even older than the 18th century, given that the moon has been linked to human emotions for a very long time indeed – especially by poets, minstrels, astrologers and Tarot-card readers. The phrase appears in the well-known nursery rhyme ‘Hey Diddle Diddle’, which may date back to the 16th century or much earlier — though it’s unclear whether the cow’s jumping over the moon is any indication of her emotional state.

The phrase appeared in a story in the Victorian magazine Bentley’s Miscellany, published around 1840, which describes someone as “ready to jump over the moon for delight”. The story was reprinted in other publications, including newspapers in Wisconsin and New Hampshire, possibly helping to popularise the expression in the USA. Later, “over the moon” appeared in the teenage diary of the British aristocrat Lucy Lyttelton, who would become Lady Lucy Cavendish. In February 1857 Lucy’s mother gave birth to her 12th child, and when Lucy brought the news to her younger siblings, they were “first incredulous and then over the moon”. This is an important example: there was no “leaping” or “jumping” over the moon, or feeling that they “could” do it — they were simply “over the moon”, which is how we generally use the expression today.

Ordinary people probably talked about soaring over the moon throughout the 1950s and into the ’60s, but it took the game of football to put it in the history books again. When lowly Ipswich Town became league champions in 1962, their manager, Alf Ramsey, said: “I feel like jumping over the moon.” After England’s victory in the 1966 World Cup, team captain Bobby Moore produced a variation, saying he was “over the world”. Note that while Moore chose the wrong heavenly body, he effectively “did a Lucy” here and transformed the term back into a metaphor. During the 1970s, perhaps following the lead of Ramsey and Moore, a succession of other triumphant footballers claimed to be simply  “over the moon” (when they weren’t “sick as a parrot”).

The lunar theme was set to music again in 1971, when Grandpa Joe enthused about his “golden ticket” in Willy Wonka & the Chocolate Factory, singing: “I never dreamed that I would climb Over the moon in ecstasy” (the first, and possibly only, use of “climbing” over the moon). The following year, the Pretty Things sang melancholically about lost happiness in the band’s single ‘Over the Moon’. And in the 1975 political TV drama Days of Hope, set mostly in the 1920s, a character said he was “over the moon” that the Labour party had been elected. 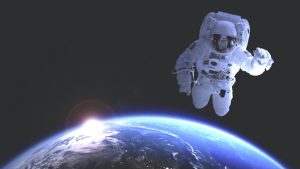 Since then, what was once a charming idiom has become a cliché. It has been repeated countless times in the media and in popular culture — in newspapers, radio shows, movies, and TV dramas and comedies — and it has travelled the world. Successful contestants on MasterChef Australia gush about being over the moon (when they’re not “stoked”). It has been used to name restaurants, massage parlours and David Essex’s autobiography. Even royals use the phrase now – Prince Harry announced “I’m just over the moon” when Meghan, Duchess of Sussex, gave birth to Archie Mountbatten-Windsor in May 2019. Personally, I’m beginning to tire of hearing it, and I’ll be over the moon when people stop. ♦

Tony Barrell is a writer, pop historian and etymologist who has investigated other popular phrases, such as “hunky dory” , “hanky panky“, “Planet Zog“, “without further ado” and “laughing all the way to the bank”.

Comments for: SATELLITE OF JOY