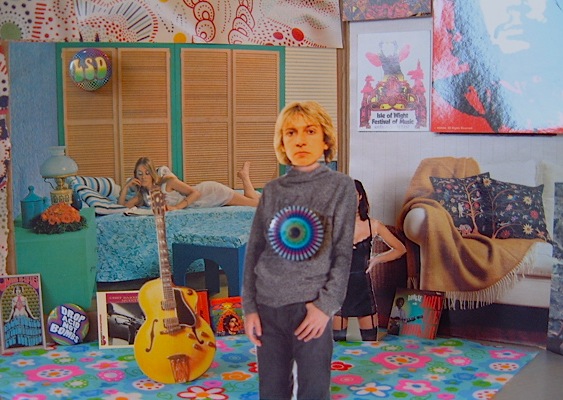 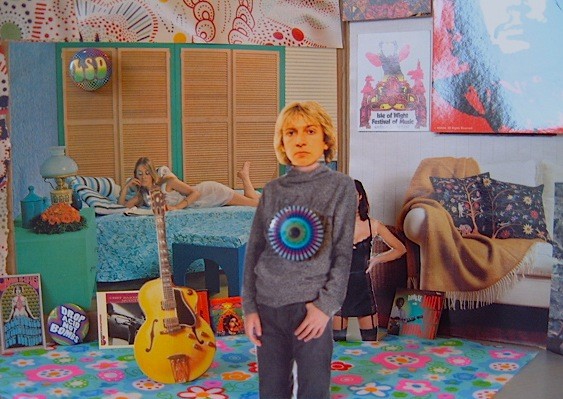 Andy Summers looks back at his wild musical life in the 1960s – long before he played guitar in the Police. Interview by Tony Barrell

In the early 1960s, the singer and keyboard player Zoot Money and I decided to have a crack at the big time and move from Bournemouth to London – which was like going from the earth to the moon in those days. We eventually found this rather grotty basement flat at 11 Gunterstone Road in West Kensington. We had to pay three months’ rent in advance and we didn’t have enough money, but Colin Allen, the drummer we’d played with in Bournemouth, agreed to join us and put his savings down.

Zoot’s flat became a total scene, the place where showbiz London would turn up night after night

There was no real work at first. But suddenly we got a gig at a big club in the West End, the Flamingo, as Zoot Money and the Big Roll Band, and it all progressed from there. Zoot and I started out living in the basement flat, but then he started living with his girlfriend in the ground-floor flat. We became a very popular R&B band, and Zoot’s flat became a total scene, the place where showbiz London would turn up night after night, and the parties would go on until five or six in the morning.

There were two other flats above us, and we got to the point where we virtually controlled that house on Gunterstone Road: we would always make sure they were occupied by musicians, people we knew, and we would include them in the festivities.

We were a sort of commune, I suppose. My flat was very much a 1960s pad. I was living basically in one tiny room. I had a guitar and about 700 LPs stacked along one wall, including a lot of esoteric music that I was interested in – African, Indian and Balinese music – and I had a collection of books on Zen. I think there were a couple of San Francisco gig posters on the wall. The place was freezing in the winter, but instead of putting shillings in the gas meter all the time, we jammed it with a knife. We had a little kitchen at the back, which looked over some scruffy gardens, and I started to try to cook macrobiotically, using short-grain brown rice, seaweed, sardines, bonito flakes, sesame seeds… You were even supposed to slice the vegetables in a certain, macrobiotic style.

Finally came the time for me to have a go at LSD. You’d see people’s faces morph into weird monkey faces

We were friends with the Animals, who had toured the States and had been on the West Coast a lot, and they’d talk about things like “acid” and “white lightning”. We didn’t really know what they were talking about, but finally came the time for me to have a go at LSD – with great trepidation, I might say – at a party in Zoot’s flat. What really goes on is just some sort of chemistry in the brain, but it’s a feeling of being in touch with the Big Guy. You’d pass through an extreme hallucinatory state – you’d see people’s faces morph into weird monkey faces – then you’d pass into an ecstatic state, where things would be incredibly beautiful.

There’s a legend that Jimi Hendrix came to the flat and took my guitar so he could go and jam somewhere. Some of that is true. Chas Chandler of the Animals had called me to say he was bringing this amazing guitarist that nobody knew to London. And Hendrix did come to 11 Gunterstone Road – it was when he first arrived in London, in 1966 – and he went down to my flat and was looking for my guitar. But I was out and I’d taken my guitar with me, so Zoot ended up finding him some left-handed acoustic guitar, which he took away.

I was having a great time, and there was this endless parade of girls passing through the flat

Then Zoot and I formed a new band, called Dantalian’s Chariot. We took this big leap from being a successful R&B band to being an acid-rock band, playing long guitar solos and writing our own material, which was absolutely shocking. I remember sitting around the flat and reading newspapers to find incidents to write songs about, because we were totally influenced by the Beatles. We wrote one called Four Firemen, about some fire disaster. The band didn’t ultimately work out. The music was just too far ahead for the general populace outside London, and it ended rather tragically one night in a car crash on the Yorkshire moors, where I got fairly damaged – with a broken nose and a lacerated back. It really signified the end of the band. Robert Wyatt invited me to join Soft Machine, and they basically lived in one house in West Dulwich, so it was time for me to move.

I don’t remember anything about the day I left West Kensington. But I do think back and wonder about all the things I had, like my record collection, and where the hell they went. I still have the memories, though. It was such a fantastic, formative period: I was a young musician, absorbing all this great music, having a great time, and there was this endless parade of girls passing through the flat. It’s exactly what you wish for when you’re a kid. ♦

Comments for: SUMMERS OF LOVE