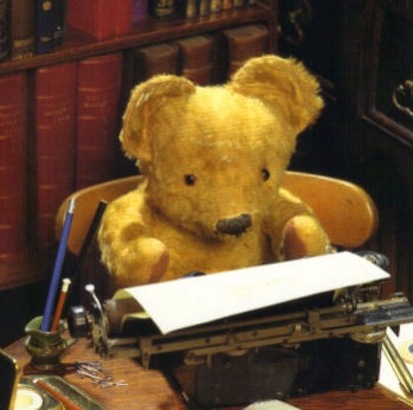 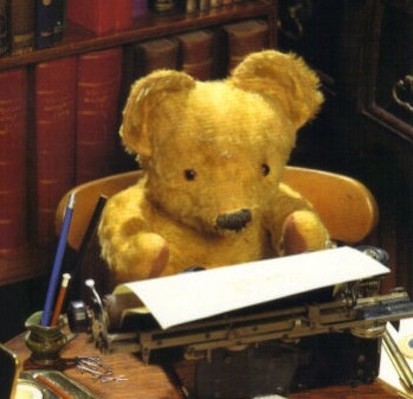 Laws are there for a reason. (For the person at the back who just shouted “to be broken”, we’ll come to that point later.) Most sane people don’t start playing football without first learning the rules of the game, so why should we all start talking and writing without following the rules of language? Just like football, communication becomes increasingly difficult the more the rules that govern it are ignored. And people don’t automatically start talking about posteriors if a Manchester United striker is ticked off for picking up the ball and running with it, or for blatantly fouling another player, so why do they do it when I issue a yellow card for a misleading phrase or a glaring misspelling?

Okay, I know what many of you are thinking: football is a serious business, a life-changing pillar of our culture, and language is… well, it’s just everyday words and phrases, ain’t it? But wait a minute: language underpins our whole culture, including football. Even a centre forward’s colloquial imperative such as “On me ‘ead, son” adheres to the basic rules of English sentence construction. (It’s a deceptively sophisticated example, too, as it not only lacks a verb but also leaves the noun to which it refers – the football – unsaid. If the “son” in question – usually not the player’s actual male progeny – is an inexperienced footballer and hasn’t heard this phrase before, he may be confused about what the other player wants on his head, and why.)

The lack of a single bible for English could be seen as a good thing, in that it prevents the language from ossifying

Just as a World Cup final differs from a Sunday kick-about in your local park, the language laws we follow and enforce differ according to the context. The words you use, and the care with which you use them, will change – one would hope – according to whether you are writing a letter to the British monarch, scripting a television drama or telling jokes in the pub. And it’s a big surprise for many people that there isn’t a single, oracle-like book of unchanging, hard-and-fast rules – “The Queen’s English”, if you like – that every user of the language agrees with.

You’ll notice, for example, that my previous sentence begins with “And”. Many people have had it drummed into them at school that you must never, on pain of death, start a sentence with “And” – or, while we’re at it, “But”. But many distinguished writers have done just that for centuries; they find it a useful way of keeping the rhythm of a sentence going and connecting related sentences. And if you try to adhere to that positively Victorian restriction, guess what tends to happen: you end up using a forest of semicolons or a lot of cumbersome words and phrases such as “Furthermore”, “Moreover”, “Nonetheless” and “More to the point”. It’s hardly stylish, fluid prose for the 21st century, is it, Little Lord Fauntleroy?

Thank heavens for sub-editors, whose job it is to keep up with changes in the English language

The lack of a single bible for English could be seen as a good thing, in that it prevents the language from ossifying. We should thank our lucky stars that we’re not walking around saying “thou shalt” and spelling “to-day” like that, with a hyphen. The language laws shouldn’t be there to maintain a kind of linguistic fundamentalism. But what we have instead is a kind of relativistic liberalism, in which different authorities make different proclamations, and that can be damned confusing for inexperienced writers. Thank heavens, then, for sub-editors, whose job it is to keep up with all the changes in the language and maintain a consensus about how we use it (not a “general consensus”, a horrible but common tautology). Like UFO spotters, battle re-enactors and computer-gamers, sub-editors now fill acres of discussion boards on the internet, and it’s not a bad place to turn if you want a first, second and third opinion about whether to write “light bulb” as one word or two.

One of the main things I look for, as a sub-editor, is clarity. And sometimes that’s not even a matter of words, but simply one of punctuation. For instance, I was travelling on a local train service recently and spotted the unpunctuated sign: “In case of fire contact train crew”. Now, that could be taken by sensible people to mean “In case of fire, contact train crew” (note my addition of a useful comma). But as chance would have it, I read it incorrectly as “In case of fire contact, train crew”. It transpired that I was in contact with some fire on that train – so I obeyed the advice to the letter and gave the crew some urgent firefighting lessons. I wasn’t being anal: I truly believe that good punctuation saves lives. ♦

Comments for: GRAMMAR: THE BEAUTIFUL GAME