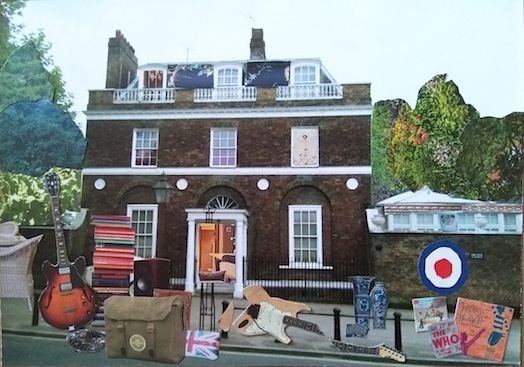 Pete Townshend has sold up and moved out of the Wick, his famous house in Richmond. So is this the end of the Georgian property’s dazzling rock’n’roll story?

Pete Townshend surprised neighbours, fans and estate agents in 2021 when he announced he was moving out of the Wick, his famous house in Richmond-upon-Thames. It took just weeks for him to find a buyer (identity as yet unknown), who somehow paid the asking price of around £15 million for the Georgian mansion. 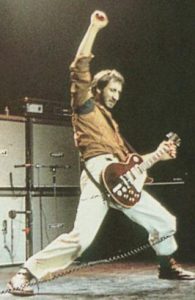 The Who guitarist and songwriter gave his followers on Instagram an update in October. “It’s been a wrench,” admitted Townshend, who had lived in the house for nearly 26 years since buying it from his fellow guitarist Ronnie Wood for £2 million in 1996. “Moving house is never any fun…”

One of the things Townshend will miss about the Wick is the prospect from the windows. It has magnificent views of the River Thames; he could stand at the back of that house and see for miles and miles and miles and miles… oh yea-eahh. He has also left behind the basement studio he had inherited from Wood (which he had actually helped Ronnie to build back in the 1970s). It is a studio that has seen many a starry jam session. Wood bought the building in 1972 when he was still a member of the Faces, and George Harrison enjoyed impromptu performances here with members of Monty Python.

Another session at the Wick in 1974 produced the first recording of the song ‘It’s Only Rock ’n’ Roll’, which subsequently became a hit for Wood’s future band, the Rolling Stones. The original tape featured a supergroup comprising Wood on guitar, Kenney Jones of the Faces on drums, and both Mick Jagger and David Bowie on vocals. As if the mansion’s rock’n’roll credentials weren’t impressive enough, Keith Richards once camped out for several months in a house in the property’s terraced gardens, to avoid the police attention he was receiving at his own home in Chelsea.

Now Grade I listed and boasting its own Wikipedia page, the Wick was designed when George III was still on the throne in 1775, the year that the painter JMW Turner and the novelist Jane Austen were born. Before it was Ronnie Wood’s home, the house was owned by the actor Sir John Mills and his wife. The sound of the wind whipping around the old building, high on Richmond Hill, is said to have inspired Lady Mills – Mary Hayley Bell – to write the book Whistle Down the Wind, later adapted into a film and a musical. The Mills family did eventually produce their own rock’n’roller – Crispian Mills, son of Hayley Mills and frontman of the psychedelic band Kula Shaker, which scored some success in the late 1990s, just after Pete Townshend took possession of the Wick.

When he left the house in 2021, Townshend reportedly decamped to somewhere in “the English countryside” – where he should still have enough space to play electric guitars with a windmilling motion of his right arm, and perhaps even smash a few up. Meanwhile, the Wick seems to be putting its wild musical past behind it – more’s the pity. ♦

Comments for: WHERE’S NEXT?