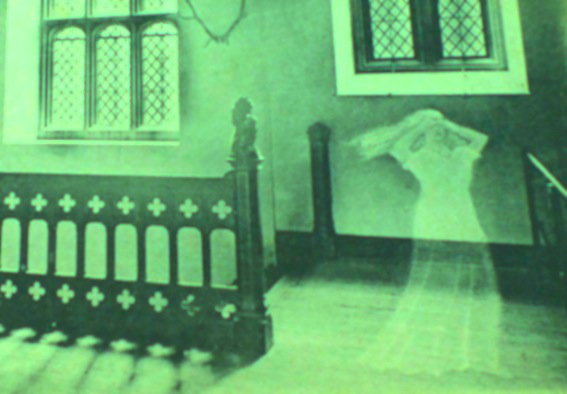 If ghosts really exist, why are they so camera-shy? Tony Barrell explains

As a little boy, I spent many sleepless hours worrying that the ghosts of dead people would burst into my bedroom and scare the striped pyjamas off me. It never happened, but the idea of ghosts still had the power to frighten and entertain me when I grew up. In 1999 I persuaded The Sunday Times to let me spend time with American spook-hunters on the site of the notoriously murderous Battle of Gettysburg, and it was one of my most enjoyable assignments ever. However, despite spending many long hours plodding around the fields and forests where thousands of Civil War soldiers had died, I failed to see a single apparition.

Search on the Weird Wild Web and you’ll find plenty of photographs of “ghosts”, some more convincing than others. Presumably, these pictures represent a small proportion of all the ghostly appearances that occur across the world, because the majority go unrecorded. If you’re lucky (or unlucky) enough to see a ghost, you might not be lucky enough to have a camera with you, or if you do, you may not be quick enough to snap the spook before it fades away.

But in theory, modern technology is now making spectre-spotting easier than it has ever been in human history. Most of us have cameras on our mobile phones, so if we encounter a scary wraith in the pub or the supermarket, we can whip out our devices and get a nice, sharp portrait. Even more useful are the CCTV cameras installed here, there and everywhere, swivelling around and recording everything that happens 24/7 in all kinds of public places. The British Security Industry Association, who ought to know, stated in 2013 that there were between 4 million and 5.9 million CCTV cameras across the UK alone. That means that there could be one CCTV camera for every dozen people in Britain.

We should now be inundated with convincing and terrifying ghost photographs, prompting newspapers to print them daily on their front pages

If ghosts are as common as some people suppose, these CCTV cameras should have picked up hundreds of thousands of spine-tingling images of see-through people. Mobs of spirits floating down your local high street, and gangs of ghouls hanging around Buckingham Palace, Wembley Stadium and Lord’s Cricket Ground.

Thanks to all these millions of CCTV cameras and millions of mobile phones, we should now be inundated with convincing and terrifying ghost photographs, prompting newspapers to print them daily on their front pages, and making it imperative for politicians to discuss all this spooky business in the House of Commons. Hardened sceptics should be wailing: “I was wrong! They definitely exist!”

Okay, I appreciate that some of these spirits are likely to be painfully camera-shy. During their lives, they kept themselves to themselves, immersed themselves in their stamp collections and avoided the flashbulbs of the media. But what about all the seriously attention-seeking people who have died as well – the celebrities, fashionistas, egotists, reality-TV stars and preening peacocks who loved to be seen and talked about? They should be haunting places like there’s no tomorrow, and popping up on screens and viewfinders every minute of the day.

Could it be that ghosts only exist in our heads? ♦

Comments for: GHOULS ON FILM