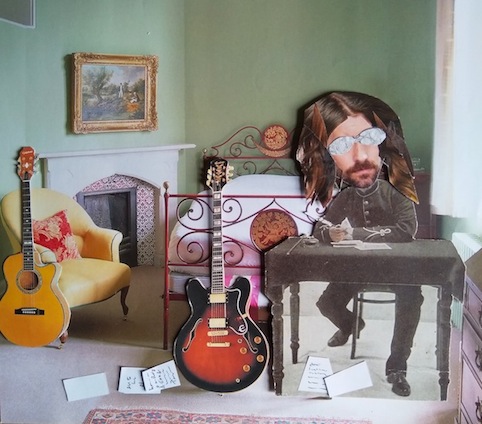 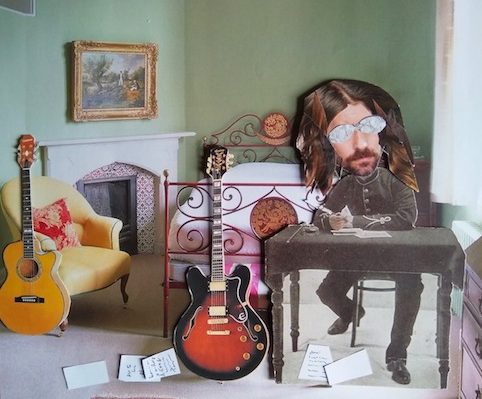 In 1974, Tony Barrell was thrilled to receive a letter from his guitar hero Phil Manzanera. Three decades later, he met him

In 1974, when I was little more than a child with a precocious passion for rock music, I wrote a letter to the guitarist Phil Manzanera. I was a big fan of Phil’s contribution to the sound of Roxy Music (I still am), and I especially loved his work on the Stranded album – including his playing on ‘Amazona’ and that soaraway solo on ‘Serenade’.

But that wasn’t the main reason for writing to him. I had just started playing guitar myself, learning some chords and scales on a cheap acoustic, and I was thinking of upgrading to an electric guitar, but confused about which model to choose. Of course, there was no internet back then – no YouTube videos of blokes demonstrating the differences between Gibsons, Fenders and Rickenbackers. If you wanted advice on guitars when Harold Wilson was prime minister, you spoke to long-haired men in music shops or wrote to specialist magazines. But guitar shops could be intimidating places for a shy schoolboy with hardly any spare change, and it might be months before the experts at Axe Grinder or Power Chord Digest deigned to reply.

My letter to Phil was a long shot: I never believed it had much chance of being read

So I decided instead to write to my favourite guitarist and see what he had to say. I sent a letter to the Roxy Music fan club, requesting that they forward it to Phil. My letter began with a preamble of the “I’m sure you’re much too busy to reply” variety. And as well as asking Phil for advice, I wondered how long he’d been playing guitar, and whether he had played any acoustic on the Roxy albums.

My letter was a long shot: I never believed it had much chance of being read by its famous recipient. And so the days passed in the summer of ’74, and I forgot about sending it as I continued to strum my cheap acoustic. Meanwhile, President Nixon resigned, John Lennon saw a UFO in New York City, and Porridge made its television debut.

Suddenly, in late September, a letter addressed to me fell onto the family doormat. Opening it, I noticed that it was signed “Phil Manzanera”. The letter was chatty and informative, with handwriting as distinctive as Phil’s playing.

I was surprised and thrilled to receive the letter, which I clumsily mounted in a scrapbook of Roxy press cuttings 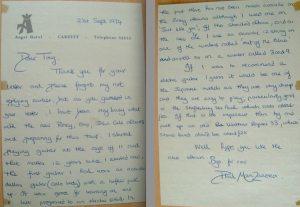 As I had supposed, he had been a very busy man, playing on a new Roxy album (Country Life) as well as the forthcoming Eno and John Cale releases (Taking Tiger Mountain by Strategy, and Fear) and preparing for a new Roxy tour. He answered my questions quite thoroughly, revealing that he had been playing guitar for 12 years now, since the age of 11, and that he had played acoustic on ‘Just Like You’, ‘Out of the Blue’ and ‘Three and Nine’. The last two songs I had yet to hear, because Country Life wasn’t out yet. He recommended two reasonably priced electric guitars: a Shaftesbury Les Paul copy, and a Watkins Rapier 33. I was surprised and thrilled to receive the letter, which I clumsily mounted in a scrapbook of Roxy press cuttings (which is why it still bears ugly Sellotape scars today).

The letter was written on the headed notepaper of the Angel Hotel in Cardiff and dated “21st Sept 1974”, which means that Phil had written it on the first day of the new tour. That evening, Roxy played the Capitol Theatre in Cardiff, just down the road from the hotel. Appropriately for this stylish band, the Angel (pictured below) was a swanky establishment where Hollywood stars such as Katharine Hepburn, Marlene Dietrich and Bette Davis had stayed, and it boasted some elegant interiors (see my artist’s impression above). After playing at the same venue on the following evening, Roxy packed their bags and headed for Bristol. Two weeks later, on October 5, I would see them live for the first time when I went to the Rainbow in London. That was a sensational concert, bursting into life with the new song ‘Prairie Rose’ and featuring old favourites including ‘Beauty Queen’ and ‘If There Is Something’. 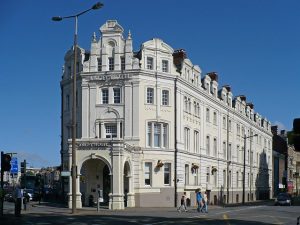 Shortly afterwards, I followed Phil’s advice and bought a second-hand Watkins Rapier 33, which cost me £20, just as he had predicted. It sounded great, but I wasn’t keen on the instrument’s bright pink paintwork, so my father carefully sanded it back to the bare wood and varnished it for me.

Thirty-one years later, a friend met Phil and asked if I wanted an introduction. Of course I did

That might have been the end of this story – fan writes to musician and receives nice reply – but there’s a postscript. Thirty-one years later, when I had become a journalist on The Sunday Times, a music-biz friend emailed me to say he had just met Phil Manzanera, and would I like an introduction?

Of course I did. Even better, I thought, I could interview Phil for the paper. He had a new album to promote (50 Minutes Later) and the Magazine section had a brilliant column called ‘Best of Times, Worst of Times’ (now sadly gone), in which interviewees told great stories from their past. I could ask Phil about how he joined Roxy Music; the details were sure to be interesting to an awful lot of people, myself included.

So off I went to Phil’s place in north London. I was slightly disconcerted to see that the famous Manzanera beard had gone, but pleased to find that he was a thoroughly decent chap (as I had expected from that letter). He gladly told me all about his enrolment in the greatest art-rock band of the 1970s, which was a wonderful story, with plenty of details I’d never heard.

I waited until after the interview before mentioning that I had once written to him, and showing him the reply he had sent. Phil was visibly surprised to see the letter, and paced up and down in his living room for a good couple of minutes as he studied it. He seemed just as astonished that he had taken the trouble to reply to a fan’s letter as I had been back in 1974. After being dumbfounded for a while, he said: “I think I must have been following the Beatles’ example. I remember reading that they often replied to fanmail, and I think that impressed me and I decided to do it too.”

Incidentally, it was especially appropriate that Phil was following the Beatles’ example in that hotel room, because when the Fab Four had themselves played Cardiff’s Capitol Theatre just nine years before, in December 1965, they had also stayed at the Angel. It’s quite possible that Phil’s room had been occupied by either John, Paul, George or Ringo.

Did my intense worship of Roxy Music make me somehow deserving of the coincidence?

My Manzanera experiences left me feeling doubly lucky – lucky in the first place to have my guitar hero write back to me, and fortunate again to meet him years later and interview him. Sometimes I wonder if there is something karmic linking those two events, as if my intense worship of Roxy Music made me somehow deserving of the coincidence. You make your own luck, as lucky people often say.

And my Roxy luck seems to have lingered: a couple of years after meeting Phil, I found myself interviewing Marilyn Cole, cover girl of Stranded, and several years after that I was pinching myself as I interviewed the Great Paul Thompson himself for a book about drummers. None of this was part of some grand master plan: it just happened.

I wish I’d kept a copy of the original letter I sent to Phil. Also, knowing what a hoarder I am, I can’t imagine why I didn’t keep the envelope that enclosed his reply. That’s probably in landfill now. Still, you can’t have everything, can you? ♦ 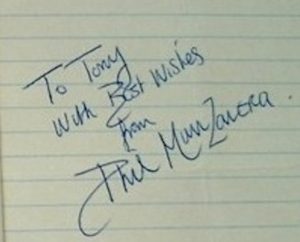 Comments for: OUT OF THE BLUE