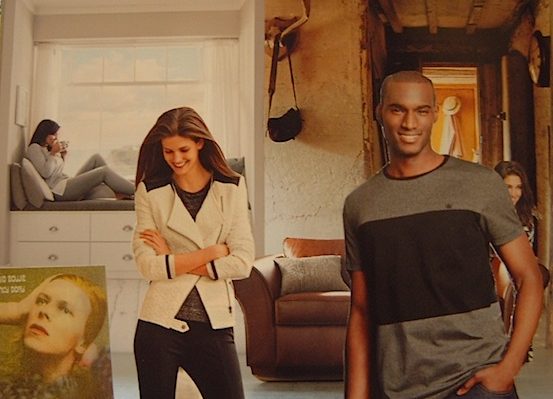 Is everything hunky dory with you? And where does that expression come from? Tony Barrell investigates

I didn’t hear the phrase “hunky dory” until the 1970s, when I discovered the David Bowie album of that name. For a while I may have assumed that Bowie had invented the expression – but later I started hearing it in everyday conversation. When things were said to be hunky dory in the office where I worked, I realised that it meant all was well; everything was in order and people were happy. And it’s such a nice, positive phrasal adjective that it has been used to name everything from restaurants and nightclubs to holiday resorts. 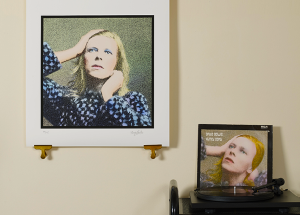 The phrase “hunky dory” isn’t mentioned in any of the songs on the Bowie album. It has been claimed that he first heard it used by a Scottish musician called Alan Mair in the late 1960s. Another story suggests that it came up in a conversation between Bowie and his song publisher, Bob Grace of Chrysalis Music, who knew a pub landlord who was ex-RAF and who still used a lot of amusing Forces-style banter, including “hunky dory”. (There’s no truth in the tale, sadly, that the same publican told a story about a shot-down Messerschmitt “going ziggy stardust all the way down into the bloody briny”.)

Until I did a spot of research, I imagined that “hunky dory” had originated either as military-speak or as Cockney rhyming slang – “What’s the ’unky dory then, treacle?” In fact, it appears to be an American import from the 19th century. It crops up in a US magazine article in 1870, a writer’s account of his travels in the southern state of Virginia. “The people who inhabit the wild country which breaks into a succession of mountain and valley in the southwestern corner of the State are designated generally as ‘mountaineers,’” he explains. “They are a peculiar class, with very strong marks of character and manners upon them.” The writer took a particular interest in the language spoken in this remote region: “In an intercourse of some days I found that the dialect of the Virginia mountaineer was not without peculiarities. If he wishes to explain that he is well and in spirits, he is ‘hunky;’ but if he wishes to give you a very emphatic assurance of his feeling very agreeable, he is ‘hunky-dory.’ ”

An 1872 book on American English traces the expression to the same part of the world, calling it “a term originating among the Virginia mountaineers”. The writer explains that it partly derives from “hunk”, which usually means “a large piece of bread and butter or cheese” but also “occurs occasionally in the sense of a place of refuge, a homestead; and is used by boys in play, when they have reached their ‘base’; they call it ‘being honk.’ This term is derived from the Dutch honk, a place, a home, and has led to the political slang term of Old Hunkers, which means persons clinging to their homestead, and opposed to innovators.” It’s a shame that the book doesn’t explain where the “dory” comes from.

“Hunky dory” had already reached at least one other American state by 1872, when it appeared in a novel written by a New Yorker. In The Walking Doll by Robert Henry Newell, a red-haired boy called Orlonzo is thrown off a horse-drawn wagon when it collides with a coach somewhere near 42nd Street in New York City. “Are you hurt much, Orlonzo?” asks the boy’s employer, a drayman, to which Orlonzo replies: “I’m all hunky-dory, Gen’ral.”

“Orlonzo,” chides the drayman, “the phrase ‘hunky-dory’ is a vulgarism. Never use it again.”

It has been suggested that the phrase comes from Honcho Dori, a street in Tokyo or Yokohama

Everything would be hunky dory if the etymology of vulgarisms were a simple and straightforward business, which it usually isn’t. A book from 1877 offers a counterclaim for the origin of the term, saying that “hunkidori” may have been “a word introduced by Japanese Tommy” and apparently derived from “the name of a street, or bazaar, in Yeddo”. Yeddo, or Edo, was an earlier name for Tokyo. Japanese Tommy was the stage name of a dwarf called Thomas Dilward who performed as a minstrel in 19th-century America and used the catchphrase “hunky dory” or “honkidori”, or however it was spelled back then. It has been suggested that this was a corruption of Honcho Dori, the name of a street in Edo, or possibly Yokohama, where American sailors had been known to have a good time – and I don’t mean fighting in the dance hall, as they do in Bowie’s ‘Life on Mars’. Not that Japanese Tommy would have had any direct experience of lascivious Jack Tars in the Land of the Rising Sun: he wasn’t the slightest bit Japanese, but a black man from Brooklyn.

Being hunky dory means being content, cosy, snug and chilled out

There are some interesting songs from around the time of Japanese Tommy with the phrase “hunky dory” in them, including ‘Josephina Orange Blossom’, the eponymous narrator of which declares herself to be “a hunky-dory red-hot contraband”. And there lies my main problem with the Japanese theory: “hunky dory” in such ditties, and in the context of libidinous seamen cavorting in a foreign port, has significantly racier implications than the phrase brings to mind today. Being hunky dory is not about being rampant and turned on, but about being content, cosy, snug and chilled out.  If you don’t believe me, ask the happy, hunky mountaineers of southwestern Virginia. ♦

Thanks to Will at 75 Hair Salon, one of Britain’s finest hair salons, for inspiring this piece.