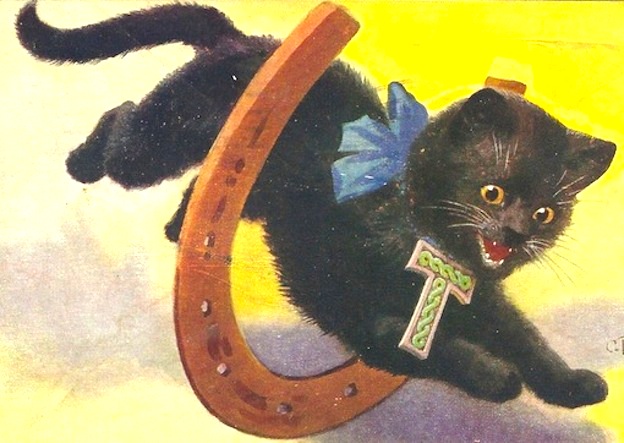 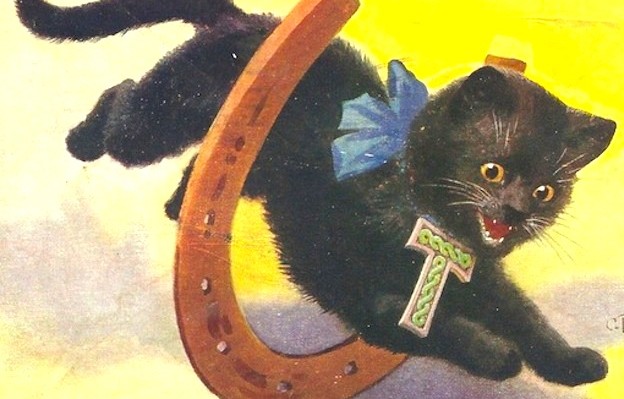 As a boy, I started collecting superstitions. Every time I heard a new one, I believed it, and adopted it as part of my own personal culture. I wish I hadn’t. Members of my family had quite a few superstitions, and some of them were well-known ones: don’t walk under ladders, avoid the number 13, and always throw spilled salt over your left shoulder. Others were less common: for example, I was told that if I ever accidentally banged one of my elbows, I had to bang the other one deliberately. Heaven knows what would happen if I didn’t!

I took most of these peculiar beliefs and rituals into adulthood, and I adopted others too. A young woman I once knew was terrified of magpies; she once saw a lone magpie from my house, and started banging on the window to scare it away. Seeing two were fine: “two for joy” and all that. This was a new one on me, so what did I do? I adopted it. Whenever I see a single magpie now, I greet it as Mr Magpie – wishing it good morning, afternoon or evening – and I ask: “Where’s your friend?” And if the “friend” subsequently appears, I’m joyous again, and all’s well with the world.

As a boy, I was told that it was very lucky to step in dog excrement

As it turns out, this wasn’t a very clever superstition to adopt. Magpie populations have soared in the UK in recent times, so the chances are that I’m going to be wasting a lot of time greeting magpies. Fortunately, the upside of the magpie population explosion is that I usually don’t have to wait very long for Mr Magpie’s “friend”.

Recently I caught myself wondering why so many superstitions are so negative. It’s “bad luck” to do this, that and the other. The bad ones seem to outweigh the positive ones, such as black cats and four-leaf clovers. Here’s a strange one, though: as a boy, I was told that it was very lucky to step in dog excrement, which was a nice consolation for all the mess you had to clean off your shoes, not to mention the smell. Mind you, you had to step in it accidentally: doing it deliberately wouldn’t do at all – in fact, it might be unlucky.

Once you’ve adopted a superstition, it doesn’t seem acceptable to discard it. I can’t suddenly see a magpie and say: “Ha ha! I don’t believe in you any more.” I’m afraid that doing that might be…. dare I say it… unlucky. Of course, this fear of discarding superstitions is a superstition in itself.

All superstitions were invented by human beings. What’s to stop me from making up my own? 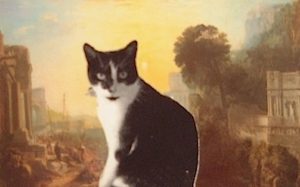 The truth is that all superstitions were invented by human beings. They made them up, out of thin air, and got people to believe them and pass them on. What’s to stop me, I decided recently, from making up my own? And because negative superstitions are such a downer, why don’t I make up some new positive superstitions?

So that’s what I’ve done. One day, it occurred to me that I was seeing a lot of Minis on the road. Most of these weren’t original Minis from the 1960s, but the new BMW kind. Then I recalled a newspaper cover story I had written some years ago, celebrating the 50th anniversary of the Mini, and I decided that they were a good sign – because they were a reference to a piece of work that had been a success for me. So if I see a Mini now – either of the new kind or the old type – I take it as a good-luck symbol. Why not? Ever since I did that, Minis have been bringing me amazingly good luck several times a week. (Of course, I can’t prove that, which brings me to perhaps the biggest flaw with superstitions. Good things and bad things happen to people all the time; to support my belief that Minis are lucky, all I’m doing is claiming that the good things are the result of seeing Minis. What if the good things were going to happen anyway, and the Minis didn’t change anything?)

And the other day, I saw a squirrel running the full length of a railway bridge. It was an entertaining sight, and I immediately decided that it was a sign of approaching good luck. Why not?

There are plenty of other things that are, like Minis and squirrels, commonly found in everyday life, and these could be adopted as positive superstitions as well. Let’s make up some more now. If you receive a 20p piece in your change in a shop, or you see a man with a beard, or you hear a child laughing or crying or shouting, that’s extremely lucky. If your name has some vowels in it, and you live in a house or an apartment in a street, road, avenue or close, then you’re going to be a very lucky person indeed.

I recommend that you invent as many positive superstitions for yourself as possible. Make up hundreds and hundreds of them. And if you do that, the good luck in your life will automatically outweigh the bad luck. Miraculous, isn’t it? Good luck! ♦

Comments for: GET LUCKY